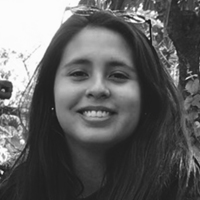 “Attending YYGS has certainly given me a more diversified point of view of the world. I met many different people from very contrasting backgrounds, but I discovered that we all had a passion for learning and a genuine interest in growing as humans. It was truly eye opening to discuss and debate in topics like racism, misogyny and religious discrimination in such a diverse group of people, and still maintaining the conversation respectful and fruitful.”

I was named Secretary-General for my high school’s Model United Nations organization, San Silvestre School in Lima, Peru. We usually host an MUN conference of around 100 delegates and invite a few local schools that also have MUN teams, San Silvestre MUN or SSMUN for short.

We had never imagined the possibility of an online, virtual MUN conference, but we saw it was our only option. Planning the virtual conference is a big challenge we took. Each secretariat member worked non-stop in each of their roles: from deciding the committees we would hold, to assigning committee directors, to designing the web page and running the social media.

The conference was a success; we had key speakers like the UN Envoy on Youth for our opening ceremony, and a total of over 300 delegates, representing 10+ countries of the world.