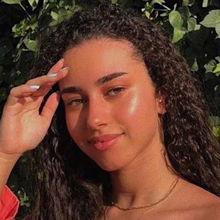 “When YYGS announced that the program was going to be online, I was a little nervous as I wasn’t sure how seminars, lectures and family time could be thoroughly translated to an online setting. However, YYGS Connect couldn’t have been further from my rather low expectations. The YYGS approach has prompted me to think more deeply on the concepts taught to us over the course of a week than I have over the course of my high school curriculum.”

I realized that people in my community were not aware and sensitized enough about the cruciality of first aid like CPR (cardiopulmonary resuscitation) after hearing the news of some deaths that could have been avoided if people knew the basics of first aid. I decided that the best thing I could do to bring awareness about this serious matter is to found a first aid club where I would first sensitize the members and then proceed to go to institutions such as schools and orphanages to teach about first aid.

I opened my club last month, and with the help of an emergency doctor, organized a 6 hours first aid training for all 15 members. Now that we have gained certificates of achievements, we will be organizing awareness campaigns through social media (we’re currently working on opening a website, stay tuned! ) and events such as fundraisers for the donation of defibrillators to institutions in need. My goal for the First Aid Club is to help contribute to the well-being of my community by raising their awareness on a topic that could save many lives.