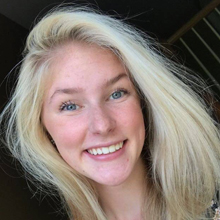 “As a biology fanatic, my favorite lecture was the “Aging and Cancer: The Telomere Connection” presented by Dr. Sandy Chang. I was fascinated about the prospect of cancer and aging research with telomeres, especially since the enzyme that rebuilds telomeres, telomerase, was discovered at Yale with the Immortal HeLa cells in the 1990s.” 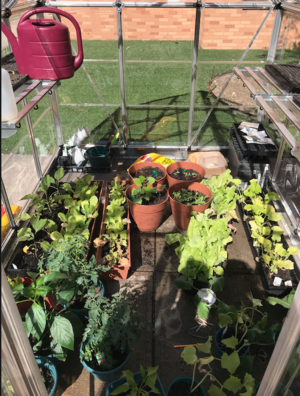 After completing the 2018 Brown Leadership Institute for Global Health, I became acutely aware of food insecurity (the disparity in access to food with sustenance for those with a lower socioeconomic status); this fueled a desire to make a difference in my community. My Action Plan, entitled “Start with a Salad”, focused on creating a program that would plant, cultivate, harvest, and donate fresh produce to a local homeless shelter called Pax Christi; the Action Plan has literally and figuratively yielded fruit by providing fresh produce to those who may not have had access otherwise.

My Action Plan was centered on trying to alleviate this issue in my community by using my school’s newly donated greenhouse to grow fresh produce that could be donated directly to the homeless shelter. As soon as I returned back to school in September 2018, I sought permission from the Administration to utilize this previously un-utilized greenhouse for the “Giving Green” initiative. After receiving permission, I reached out to multiple “big box” stores to inquire about and secure donations for supplies that would aid the goal of planting in the spring (such as above ground boxes, topsoil, and containers); the stores were very supportive and generous in donating these goods to the cause. Additionally, the Parent Teacher Organization for my school district donated “Seed Sheets” (organic seed pods), which were very successful when planted. After the New York winter finally gave way to spring, I set a date to plant with members of my school.

By mid-July, some of the lettuce and tomatoes were ready to be harvested. I reached out to the donation center at the shelter to schedule a time to stop by with the first donations. The first drop was a rewarding experience as I was able to witness, first-hand the “fruits” of my labor. Since that time, I have made several donations to the shelter with varying vegetables, including lettuce, tomatoes, eggplants, peppers and herbs. The vegetables are continuing to thrive with the cooler weather, and the fall-seedlings have already prospered.