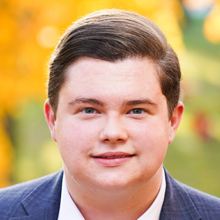 “YYGS helped me see connections between economics, global health, and legal systems that fundamentally changed how I think about international affairs.”

As part of the PLE program, I had studied how strong institutions, both governmental and commercial, gain their strength from their written origins. As such, I decided to write a Student Constitution codifying the Student Government’s rights and establishing a solid foundation that can be used for years to help represent the student body. I wanted to protect parts of the system that had worked and reform elements that had slowed progress in my experience. As a class officer, I worked with members from other grades and school officials to create a government that could endure the rapid changes in membership year-to-year.