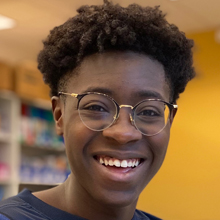 During this past summer,  the terrible atrocities occurring in Sudan and Yemen were at the forefront of many social media platforms. Using various news sources, I was able to learn about the situation and find ways to help. When I learned that calling my state senate’s office was the most I could do, I became distraught. My friend, who is from Yemen, was in deep pain as she worried over her family members and friends. But even as the tragedies made their rounds on social media, I had not seen anyone seriosuly promote or attempt to do anything to help the cause. This prompted me to start a series of fundraisers to raise money.

I based these fundraisers off of my favorite sport, Basketball, because I knew it had the immense power of bringing communities together to play. Since I had a leadership role on my church’s basketball team, I felt I could put this to use for finding a venue for the events. With my pastor’s agreement, I was able to secure the gym and dates for the events. So far, we are scheduled to start in December 2019 and are partnering with Save the Children and my church (with the possibility of more sponsors).