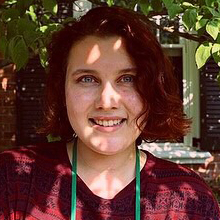 “Ever since I came to America five years ago, I have been accustomed to feeling out of place due to my international background. At school, my peers were all socialized in the same culture, while I was separated from them by my upbringing. At YYGS, I was surprised to learn that none of that mattered. I was surrounded by people that all came from outside of the U.S., their different experiences uniting them in a desire to learn and grow. I made friends from all continents and all corners of the world; from monarchies and democracies; from economic giants and countries whose GDP was smaller than that of my state’s. They taught me about their cultures in exchange for learning about mine, growing alongside me.”

Since coming to YYGS, I accepted an internship position with Alvin Tillery, a Political Science professor at Northwestern University. Even though I have only just begun working with him, I am beyond thrilled to participate in his numerous projects exploring racial tensions in America, diversity in the workplace, and the history of the Civil Rights movement.