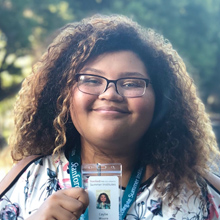 Just prior to arriving at YYGS, I had been elected president of the Student Government Association at my school, and initially, it made me feel fantastic. My fellow students trusted me to make changes in my school, and I was willing to do everything I could to do just that. As the summer passed by, however, the list of demands grew, and the solutions I had constructed for the seemingly easy problems presented before me fell through or seemed like they were going to. I quickly became overwhelmed with this new responsibility and the thought of fulfilling all of these thought-provoking tasks, but eventually I had to set it aside for a much more immediate worry: the job of flying over 1,000 miles to attend a summer program at one of the world’s most academically challenging universities. The program passed by before I knew it, but one thing was clear at the end of it: I was a changed person.

After YYGS, ,=my thoughts and views on how the world worked were expanded dramatically. I was able to see solutions to problems that I had never thought of before. I’ll admit that I did think that it would be a while before I could actually put these solutions into action, but the world had a much better, much smarter plan for me.

Upon returning to school at the beginning of August 2019, I was able to provide the student body with what they wanted—I was able to create new solutions for the problems we faced. This included negotiating with the school’s administration in order to let seniors paint their parking spots and bargaining with the student body in order to perform a respectable senior prank that would be easy for the staff to clean up. That was just one of many successes, however. I was also able to reinstate class officers for every grade, not only upperclassmen, and ensure that each class’s voice was heard, not just my own. I am now working on creating new clubs at our school in order to get more students involved in positive activities, rather than the negative ones our town and surrounding areas are stereotyped for. I’ll be working on fundraising for new school equipment in the next few weeks as well. The problems won’t end there, but neither will the solutions. YYGS opened my thought process up to hundreds of new possibilities, and before I graduate, I plan to apply as many of those new ideas to my school in order to provide the best opportunities to the people in my community.