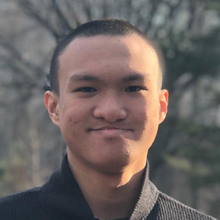 “Burning the midnight candle talking to an immigrant from Rwanda about whether or not there is a god. Listening to a Jewish student from London explain why the failure of the Two-State Solution can be blamed on Israel, a nation I thought he’d be intent on defending. Having dinner with a self-proclaimed Marxist professor living in the United States. Not once in my life did I ever see myself having these conversations. But one thing is for sure. After having these conversations, a lot of flaws in my thinking were laid bare. This discovery that the world was not binary enabled me to have a more meaningful voice. A voice that does not assume that because someone has endured intense suffering, that person no longer believes in god. A voice that does not associate race with nation-state. A voice that doesn’t judge a person’s views because of their living situation. Growing up, I was taught that an opinion is only as good as it is deserved.  And in breaking this bubble, I believe that YYGS has pushed me out of my comfort zone and in turn given me a deeper grasp of global realities.”

After attending YYGS, I moved from my native Philippines to the Caucasus country of Armenia to attend UWC Dilijan. Armenia is situated at a crossroads in the world. To the north, its Christian neighbour Georgia. A country it maintains friendly relations with, in spite of it being at odds with its ally in the Russian Federation. To the west, Turkey. The state remnant of the former Ottoman Empire which committed the Armenian Genocide which essentially decimated the Armenian population of the historical Western Armenia. This atrocity was the first ever act described using the term “Crime Against Humanity”. To the east, the Republic of Azerbaijan. A country which it remains at odds with due to the Nagorono-Karabakh Conflict, where Armenia stakes a claim for the recognition of the Republic of Artsakh as an independent state.

These conflicts run deep in the veins of history, and the narratives each country tells its citizens are passed down from generation to generation. Embedded in the minds of youths over the years. The notion of an organisation which sought to dispel any stereotypes that arose as a result of these conflicts is the same ethos which drew me to UWC in the first place.

Furthermore, I believed that in a time where technology and automation are having sweeping effects on our daily life, it is here that we have an opportunity to rediscover our shared humanity through the arts. It’s for these reasons that I was recruited and assigned as Head of Logistics for Caucasus Connect, where we develop the optimal budget and plan to bring more students from the different regions and to diversify the arts activities we conduct.