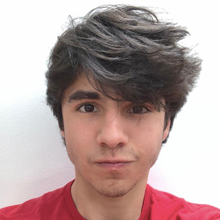 “Yale Young Global Scholars was one of the best times of my life. It was an experience that gave me a taste of what college was going to be like. Having roommates, running around the campus to get to classes on time, and being immersed in my field of interest were some of the things that made YYGS priceless.”

After leaving Yale and FST, I had half a month left in Washington DC because of my father’s work. However, after two weeks of learning about how scientists were improving our world at YYGS, I was inspired to do something productive instead of lounging around my house watching Netflix.

I got in touch with an organization called Humane Animal Rescue, which deals with the treatment and relocation of domestic animals. I identified with their mission almost immediately, as I have three dogs and a former street cat my family adopted. Unfortunately, I was not old enough to directly care for the sick animals, but they had this option where I could help out by carrying out personal projects so as to deal with the supplies they were missing.

I was a part of two projects: baking of dog treats and making toys for the animals to play with. To make the treats, I needed to buy coconut oil and a hefty amount of peanut butter. I would mix them together and put the solution into a mold for it to be frozen solid.  Then, I took them out of their mold and coated them with more coconut oil so they wouldn’t stick together. After that, they were ready to be eaten.

Making the toys was a bit more complex. I roamed the vicinities of the tennis courts with a plastic bag to collect old tennis balls that others had lost or forgotten; then, I washed and dried them at my house to sterilize them. I needed old shirts to make the rest of the toy, but I didn’t have enough to make 50 toys. Luckily, I found this cheap, purple, thread-like cloth to use instead. I had to make a square with a few strands coming off of it, wrap the tennis balls, and make two braids that pointed off the sides of the ball. 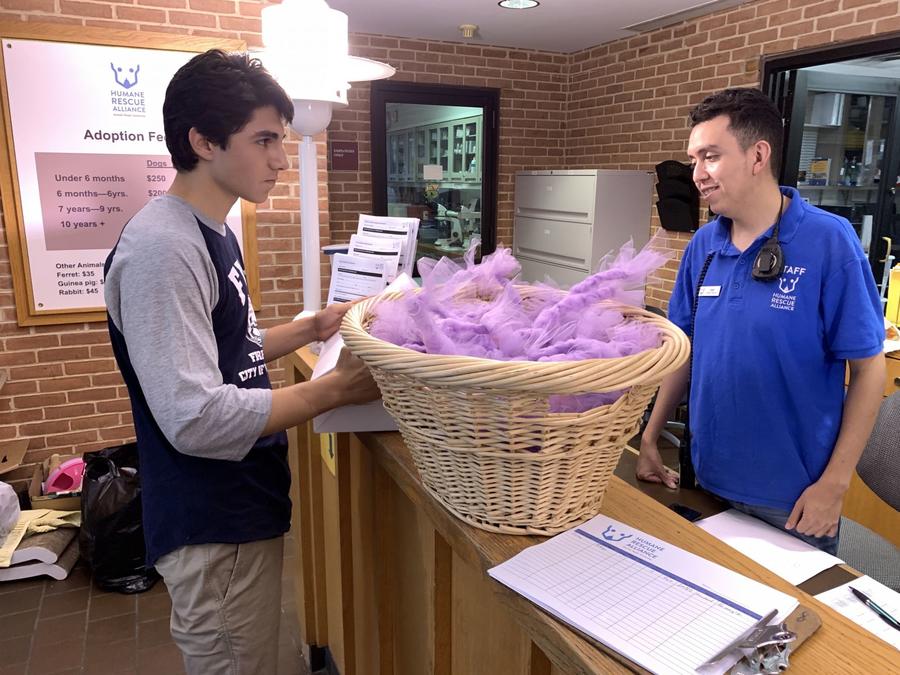 During the whole process, I had my Yorkie to keep me company and make certain that these toys were good enough for the less fortunate dogs. At the end of each week, I would take all the toys and treats to the front desk of the Humane Shelter. They thanked me for all my help and for caring about their animals. One person, as a reward for my work, made an exception and allowed me to see and interact with the animals. I fed them some of the treats and gave them the toys I had made in person. It felt fulfilling to see that my work made them happy, and the experience assured me that I wanted to help others through my future endeavors.